Modernized Drake FS-4 for the Drake R-4 and SPR-4 Receivers
By: Steve Hageman 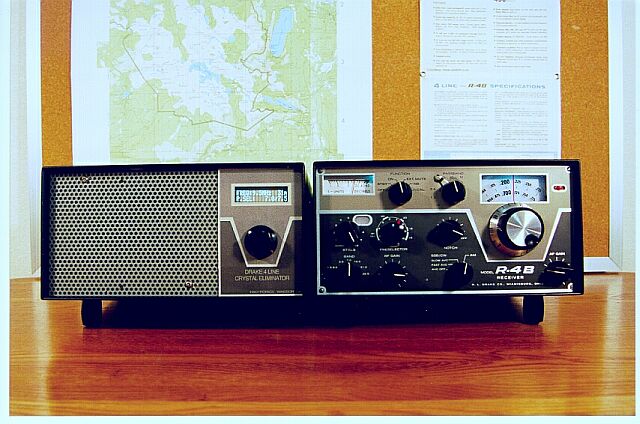 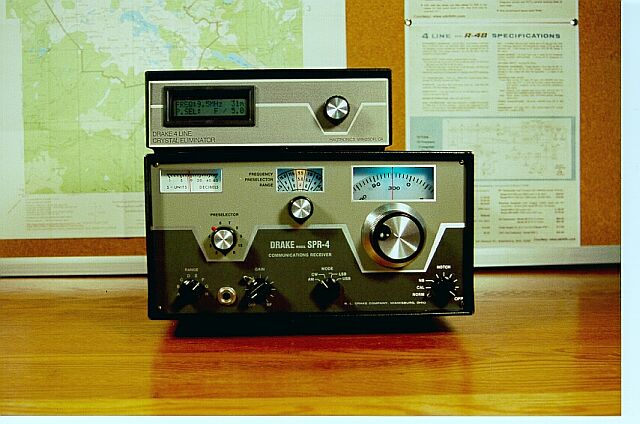 Drake made a great series of receivers over the years. The best were called the R-4 series and even today some 35 years after their first release they are very fine radios. My personal collection consists of a R-4B and a SPR-4 (The solid state version). These radios were advertised as "Programmable" -- That is by adding a crystal they could tune any 1/2 MHz segment of the HF bands from 1.5 - 30 MHz. They came configured for the Ham bands (80-10 meters) and always had extra crystal positions for shortwave frequencies or utility bands, etc. But you could never add enough crystals for full coverage of the HF bands. The SPR-4 had the most bands available - 23, but even that allows only less than half of the available HF tuning spectrum. Drake also had a synthesizer (I call it a crystal eliminator) called the FS-4 that allowed full band coverage from 1.5 - 30 MHz. These are still available today on places like ebay, but they are very expensive. I decided to build a modern version of the FS-4 that I could actually afford to own. My version allows full HF band coverage but with the modern elements like a 2 line LCD or very pretty VFD display, single knob tuning, etc. This project is fully documented in the June 2004 issue of QST. Reprints of the article are available from the ARRL. Other sites on the web have more information on the original Drake FS-4, so "Google" away!

1) Big Oops! The MC145170 part number specified at Newark is for the WRONG package type. The proper Newark part number is: 01C4669, for the proper Motorola part number MC145170D2. I'm really sorry about any inconvenience this may have caused anyone, this was totally my fault. For all the different package types check out the data sheet for the MC145170 at www.motorola.com. If you bought the wrong part from Newark - they will give you your money back on an exchange - they want you to have the correct parts and be happy! :-)

3) The VCO can be bought from www.minicircuits.com or you can purchase the short kit from FAR circuits that contains this part. Contact FAR Circuits at: http://www.farcircuits.net. Minicircuits has changed their minimum order quantity to 5. This was done in the last six months and follows years and years of being able to buy just one of anything. Things just keep on changing! I was told however, that if you call your local Mini-Circuits rep they would be able to let you place an order for just one. Thanks for the info Jim.

4) The VFD specified at Digikey is obsolete - Digikey now carries the Noritake CU16025ECPB-W6J. This new part is a drop in electrical replacement. The LCD is still the same.

5) The PIC16F876A may be getting easier to find than the non A version. The same bits work for either part - BUT your programmer must know the difference from an A to a non A part. This is because the programming algorithm is different between the two parts. You may be able to get samples of this part for free from Microchip. Try them at www.microchip.com

6) Many suppliers and distributors sell the other parts so check around.

If you have any trouble with a specific part - call the manufacturer. They don't care who you are or who you work for - really! All they want is for you to be able to get their parts and be happy! They will sample parts in many instances and they can tell who has stock of the particular part instantly - over the phone.

7) Digikey may not have the original OP27 that was specified, but recently they had over 3000 OP27GP and OP27EP devices. These will also work in the project.

8) The Grayhill rotary encoder specified was a 25LB45-Q. Other substitutes that will work are the,

These are the same switches, except they have a different number of detents than the original. Newark carries several of the others.

9) Please note that we are coming out of the worst technology downturn ever. Approximately 25% of the worldwide manufacturing capability was taken off line in the last 4 years. Now that the economy has improved - lead times are increasing. This has resulted in 8-12 week lead times on many parts in the industry, perhaps even some of the ones specified for this project. If you let me know what you are having trouble finding, I will do my best to help you out.

10) A number of folks have asked how I make the front panels and labels for my projects - I make them basically the same way Neil does at AADE, in fact he has some good ideas I didn't even think of -> So check out his site at: http://www.aade.com/sexypnls.htm. Scott Edwards also makes some really clever little stick on bezels (great when you can't cut a straight, square hole - like me!) Look for them at www.seetron.com. Digikey also sells plastic, stick on bezels (That's what's on my SPR-4 version face plate as shown above).

11) Where's Waldo part 1 - Jim let me know that C23 was mislabeled on the ARRL schematic. The parts list is correct however and C23 is really a 120 pF capacitor. To tell you the truth - I looked at a simulation of the filter with a 82 pF capacitor like the schematic says and I believe the unit will work just fine either way. 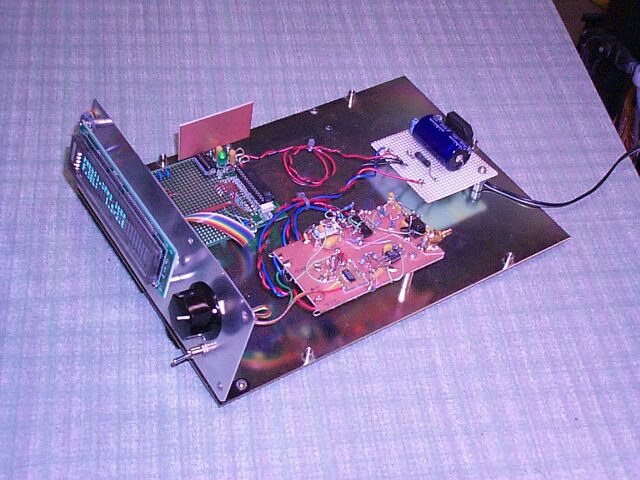 This is what the engineering prototype looked like. Fully functional breadboard used to verify PLL operation, spurious levels and to develop the PIC firmware.