Anyone who wants to come out with improved audio, broadcast-like sound, knows that they have to use a good microphone, and then add some external audio module such as a microphone preamp, and even EQs, effects, etc. This is called eSSB, or Hi-Fi Radio.

The problem arises when we already have a magnificent studio microphone, several professional audio modules, and we achieve perfect audio, but that audio comes out of professional equipment in a balanced format, usually on XLR connectors, and at +4 dBu level.
Remember that the microphone connection that our radios have are unbalanced and the level is around -40 to -50 dBu.
For these reasons, we cannot directly connect this equipment to the radio, it must first be adapted.

The ideal adapter should do several functions:

I've been making these adapters for years, for my personal use, or for some friends.
Little by little I have been perfecting the design, components and improving the final result.

I have recently decided to manufacture and sell the best version of the adapter to anyone who is interested.
I myself have designed this adapter, the circuit, PCB, I have selected the transformer, components, etc. All looking for the highest quality.
I have called this adapter Golden Máxima.

The transformer is the centerpiece and most important part of the adapter, also the most expensive. 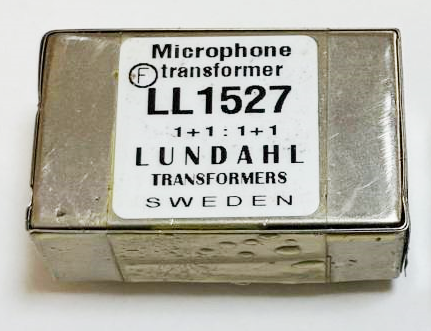 As in everything, there are many qualities, from the simplest to the most sophisticated used in professional systems and in the Hi-End.
I have decided to offer one of the most renowned and high quality transformers on the market. I 'm talking about Lundahl.
Lundahl transformers are the best around since 1958. They are considered Hi-End. They are made by hand in Sweden, and include all possible improvements such as mu-metal boxes, electrostatic shields, galvanic isolation, etc. In this way they offer the least distortion, the lowest losses and the greatest protection against external interference.

As I have already mentioned, the transformer is of very high quality, handcrafted here in Europe. It is closed in a mu-metal box, in addition the windings are double and symmetrical, both at the input and the output, to increase the immunity to external noise and interference, they are also separated by electrostatic shields. They also have galvanic isolation. The core is high permeability mu-metal.
Its frequency range reaches 150 KHz.
As a detail to comment, even though it is an audio transformer, the windings have an isolation of up to 4,000 volts.

The attenuator network I use is the Bridge-T, since it offers superior performance and quality than the traditional L or Pi.
This attenuator network does not affect the input and output impedances, which is not the case with L or Pi. The components are SMD, metal film, of the highest quality that is available in the market called "Thin Film", which offer a much lower noise than carbon, they are also the best recognized brands for high fidelity audio such as Vishay or TDK.
A colleague has told me that some adapter has a potentiometer to have an extra adjustment.
There are two problems with it.
One is that both PI and L attenuator networks, if made variable, changing the attenuation is varying the input and output impedance. By varying the impedance it changes the frequencies and tone of the audio, it is affecting the quality of the original audio.
The second thing is that the audio signal will pass through the potentiometer, so the effects it produces on the audio will depend on its quality.
Good audio equipment uses special, low-noise, low-distortion, audio-specific potentiometers, which by the way, are not cheap. If a normal potentiometer is used, the quality of the original audio will be affected.
As audio equipment has output level regulation, and radios have input regulation (mic gain), I don't see a need for a third control.
For those reasons I have chosen not to include this potentiometer in the current design. 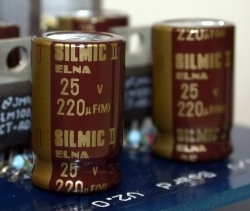 The electrolytic output capacitor is responsible for giving the sound the final quality just before the output. For this reason this component is crucial.
As with the rest of the components, here we are also going to use a special capacitor, made specifically for audio in Hi-End equipment.
We are talking about the ELNA RFS Silmic II capacitor.
Like I said, this component is the top of the line for Hi-End audio. It is made of natural silk fibers that increase the strength of musical vibrations, at the same time enhancing low-level passages offering an incomparable response, beyond the reach of normal electrolytic capacitors. 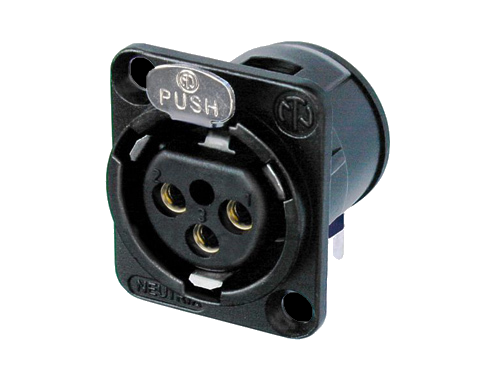 The XLR input connector is Neutrik, also made in Europe and considered one of the best on the market. The contacts are made of gold-plated bronze, and are soldered directly to the PCB, to improve conductivity and reduce losses. It has good protection against RF interference with the three shielded contacts, with nickel housing, zinc plated.
I am currently using the Neutrik Black Series, with a matte black finish. 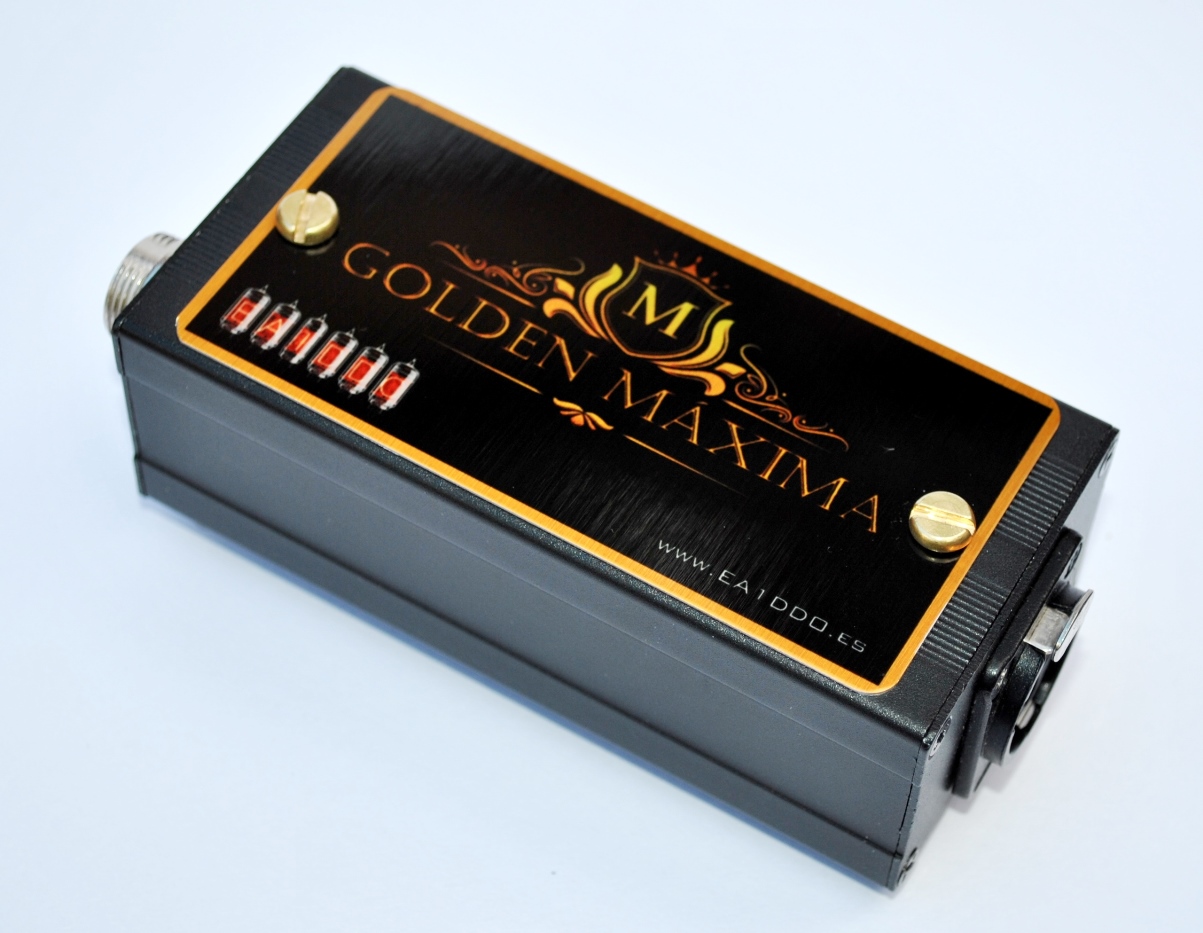 The case is made of aluminum, which increases the protection against external interference, much better than the plastic ones.
It can be opened for maintenance or access to the circuit.
The box is topped with a high-resolution color screen-printed aluminum plate, where the logo with the name is displayed, all in black and gold tones, of great beauty and elegance.

PCB is FR4 1.6mm, with 1mm wide double-sided tracks and silkscreen printing with a matte black background and white text.

Although it does not affect the sound, it has been tried to give it a certain beauty.
The final design, in addition to being effective, is very elegant.

As you can see, I have tried to make the best design, using the best components, everything so that the sound we produce reaches the radio with the highest possible quality.
There is nothing comparable to this quality in the ham market.

I also offer the output cable for the radio with the connector you need.
The cable is 1 meter long, 6.35mm in diameter, professional quality, with fiber-sheathed oxygen-free copper conductors, shielding, and silicone sheath.

Then you can pay with Paypal, Wire transfer, or contact me; EA1DDO@HoTMaiL.com